Sometimes my work takes me to the field, literally: 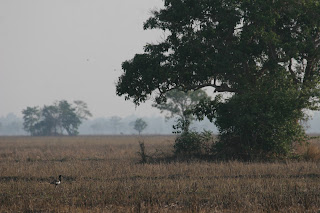 Look closely, and there's a Bengal Florican, found by Mr. Da, the WCS driver. There's only a few Bengal Floricans at Ang Trapeang Thmor, the site is more important for its Sarus Cranes, up to half the Cambodian population stage there at the end of the non-breeding (dry) season. We saw about 50 birds in total, although the March census revealed that there were about 240. 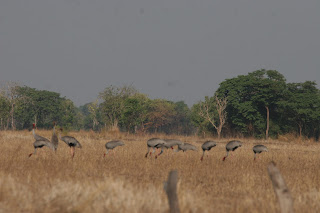 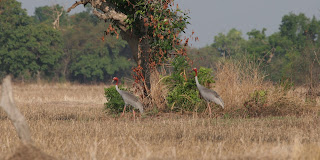 Ang Trapeang Thmor is also home to Cambodia's only remaining population of breeding Black Kite, of the resident subspecies M. m. govinda. There's only a few pairs, but they're usually easy to find, we found this family party of two adults and their two recently fledged young. Although my photos don't do them justice, the juveniles were beautifully scaly, with a pastel blue cere. 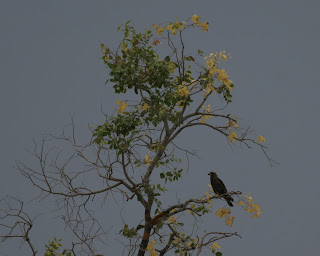 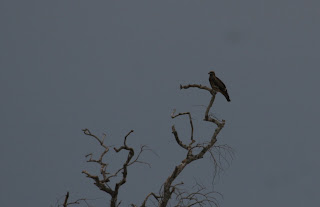 The other stars of ATT are the Eld's Deer, we saw small herds in the morning and evening. 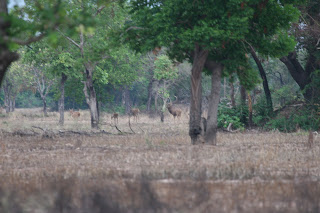