This morning Simon Mahood and myself headed out to the mangroves just north of Kep accessed from a good track running to the coast from Road 33a. There is a path that runs north from here through the mangroves. With Simon having suspected that he'd heard Ashy Tailorbird before at another area of mangroves in Cambodia we were optimistic that we could get this bird confirmed.
Within about twenty minutes we'd succeeded. Calling tailorbirds were recorded and quickly came in to the playback, while not showing much interest in a recording of Ashy from Borneo. A pair were seen, then a single male seen at a second location about 500m further north along the trail. At this second location, which was more open a pair of Common Tailorbird also appeared and at least 4 Golden-bellied Gerygone joined the fun. 3 Oriental White-eye were seen, but only in flight. Excellent views were forthcoming of a fine male Copper-throated Sunbird, perched and calling at the top of a medium height mangrove in a well regenerated area. No sight or sound of any Mangrove Whistler however, and the route to the saltpans was cut off before we could find any nice herds of waders to sift through.
A bit of migration happening with an Ashy Minivet passing overhead along with a steady trickle of Ashy and one Spangled Drongo. Dusky and 'arctic' (sensu lato) Warblers were regularly heard/seen respectively but Si did manage to get one call from a borealis type, which hopefully will look like a borealis type call!
So a great morning, until I stacked the crappy moto on the wet road and put a bit of a hole in Si's knee on the way back. Sorry about that Si. Photos below. 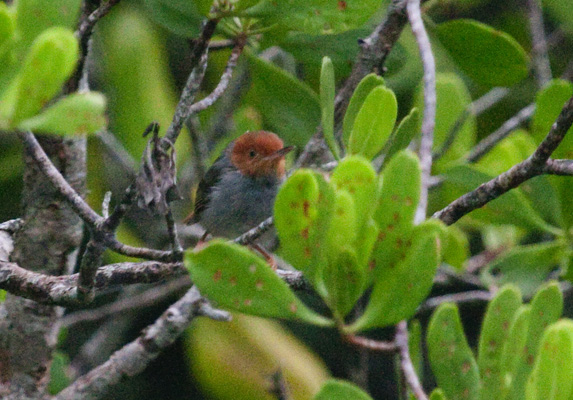 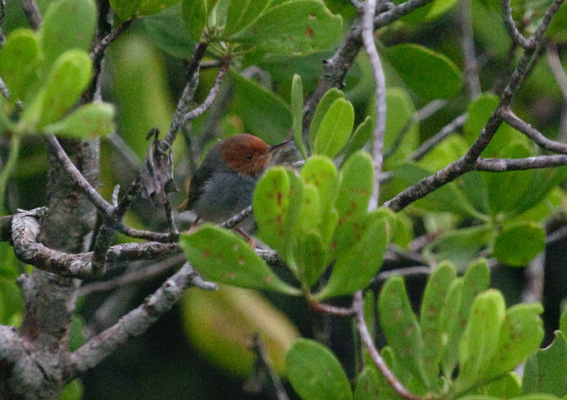 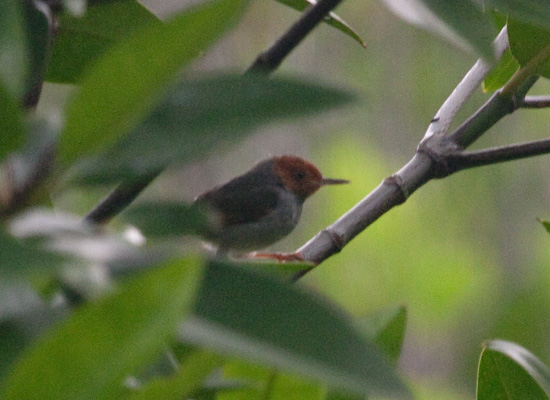 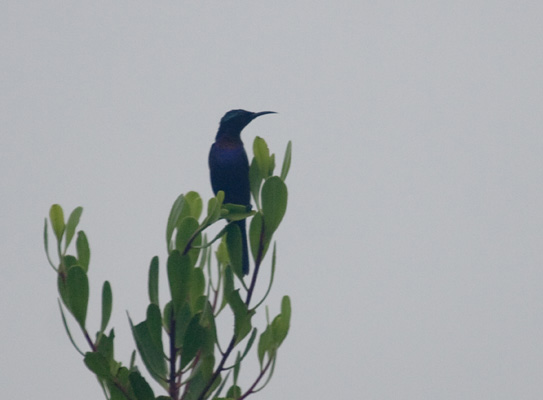 Posted by Cambodia Birding News at 11:35 AM