On 16 March, ten birders from the PPBC harvested no less than 59 species during a morning birding in the secondary forest around Phnom Tamao despite a not-so-early start and an overcast sky.

Unexpected was a Lesser Adjutant seeming settled there (zoo offspring perhaps). Regular Tamao treats were Chestnut-capped Babblers (thriving in this bamboo-shrub habitat, with at least two building nest a few hundred meters from each others) and Common Hoopoes also up for the show.
Other good forest species were:
* a male Spot-breasted Woodpecker
** heard-only Puff-throated Babbler
*** several females and one male Red Junglefowl, to the great pleasure of all present
**** Stripe-throated Bulbul (together with 3 other bulbul species)
﻿﻿﻿﻿﻿﻿﻿ 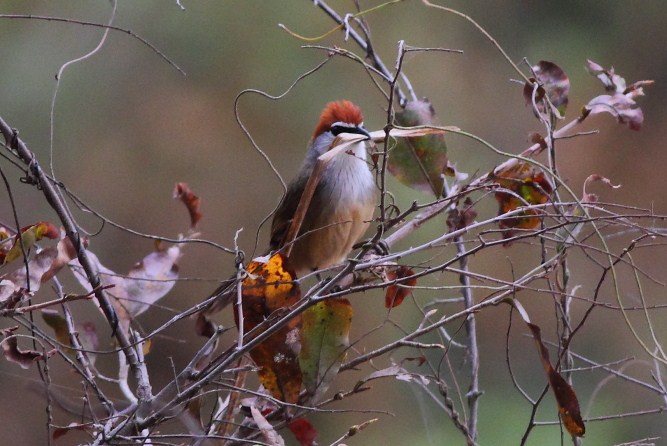 The regular open country birds and pond dwellers were present, as well as Indochinese Bushlark and Pintail Snipe.
Territorial and agitated Red-wattled Lapwing strongly indicated breeding too, and then a bird was seen dipping its belly in a pond, betraying nesting was indeed ongoing. 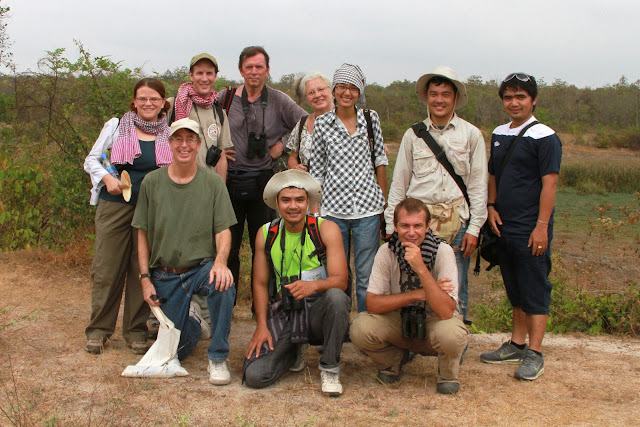 P.S. Thanks to Senglim for the organization, and wishing you keep up the bird outings.
Posted by Cambodia Birding News at 11:50 PM