I visited Ang Trapeang Thmor last week for several days. Water levels are still very high. We also had a spell of rain and cool, overcast weather for a day, which was a nice relief from the increasing heat. 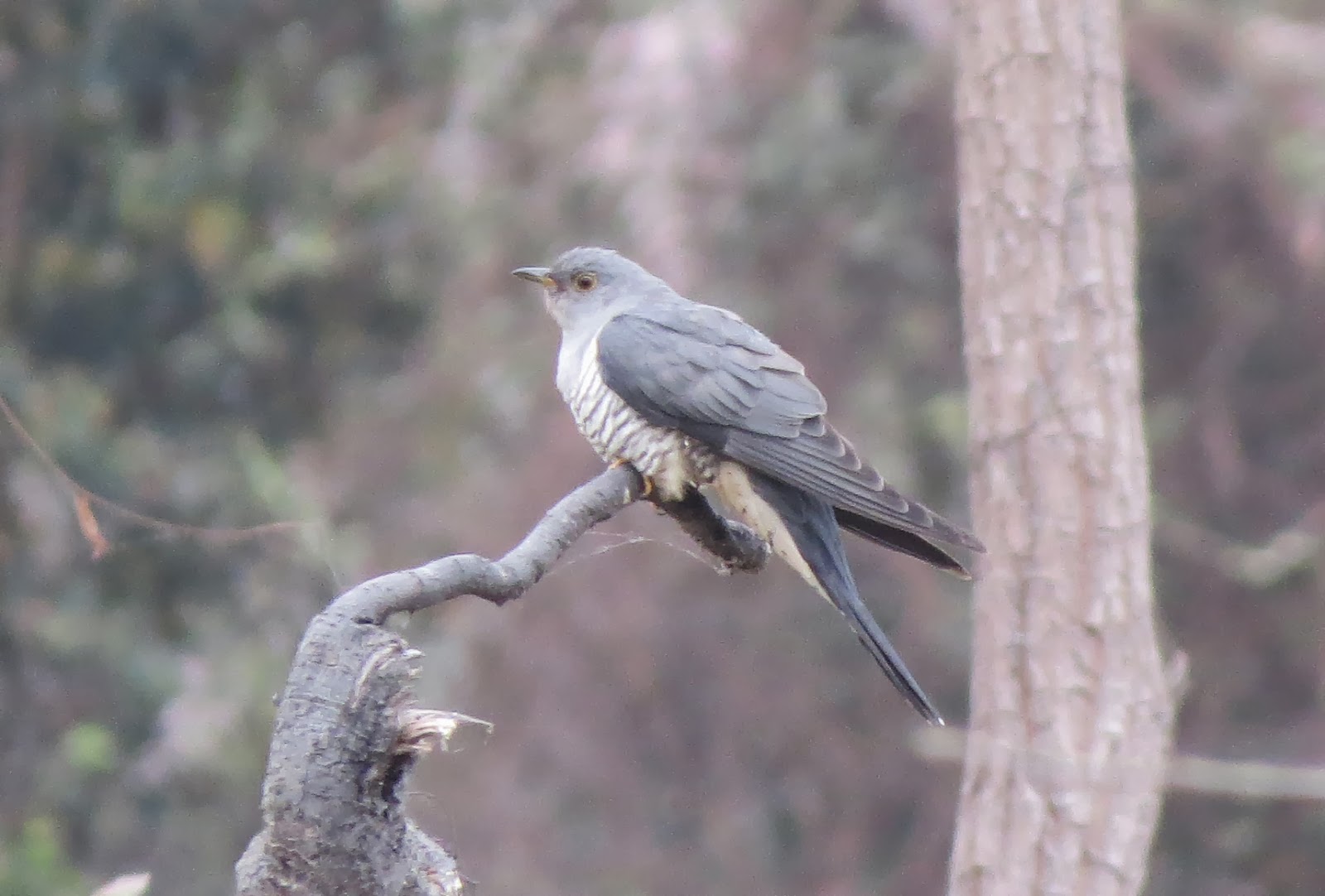 White-browed Crake, 1 in wetland near WCS office (plus several seen at Ang Kamping Puy in Battambang on the way back) - I think here with me it's a case of now having recently seen this species I'm suddenly starting to spot them everywhere.
Ruddy-breasted Crake (1 crossing the dam at dusk)
Black-winged Stilts (group of around 30 flying from "WCS wetland" towards the reservoir)
Eastern Marsh and Pied Harriers (photo below is of what I believe is a female Pied, confusion with Western Marsh Harrier is possible if only seen well from above) 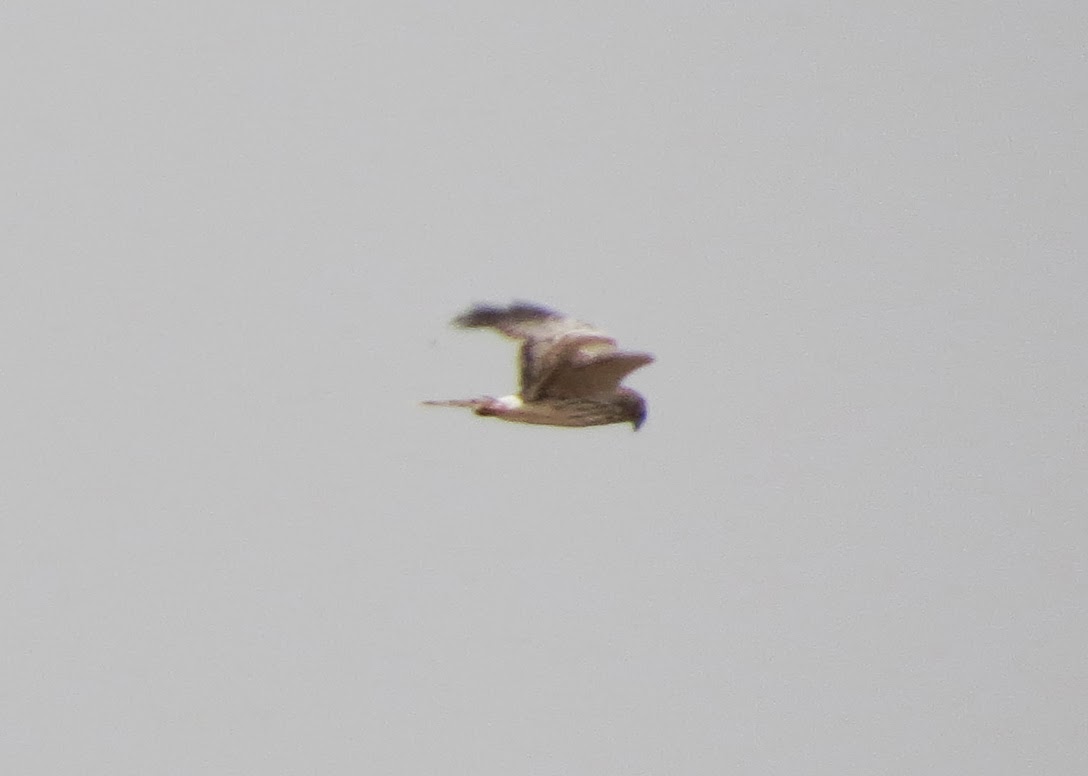 Black Kite (several, both migrans and lineatus)
Greater Spotted Eagle (at least 1 seen on different days)
Kestrel (1 female, probably Common)
Chestnut-tailed Starling (2, along southern dam wall) - I don't know if this species has been recorded at ATT before? A pair was nesting in a pylon as I've observed them do in Takeo. 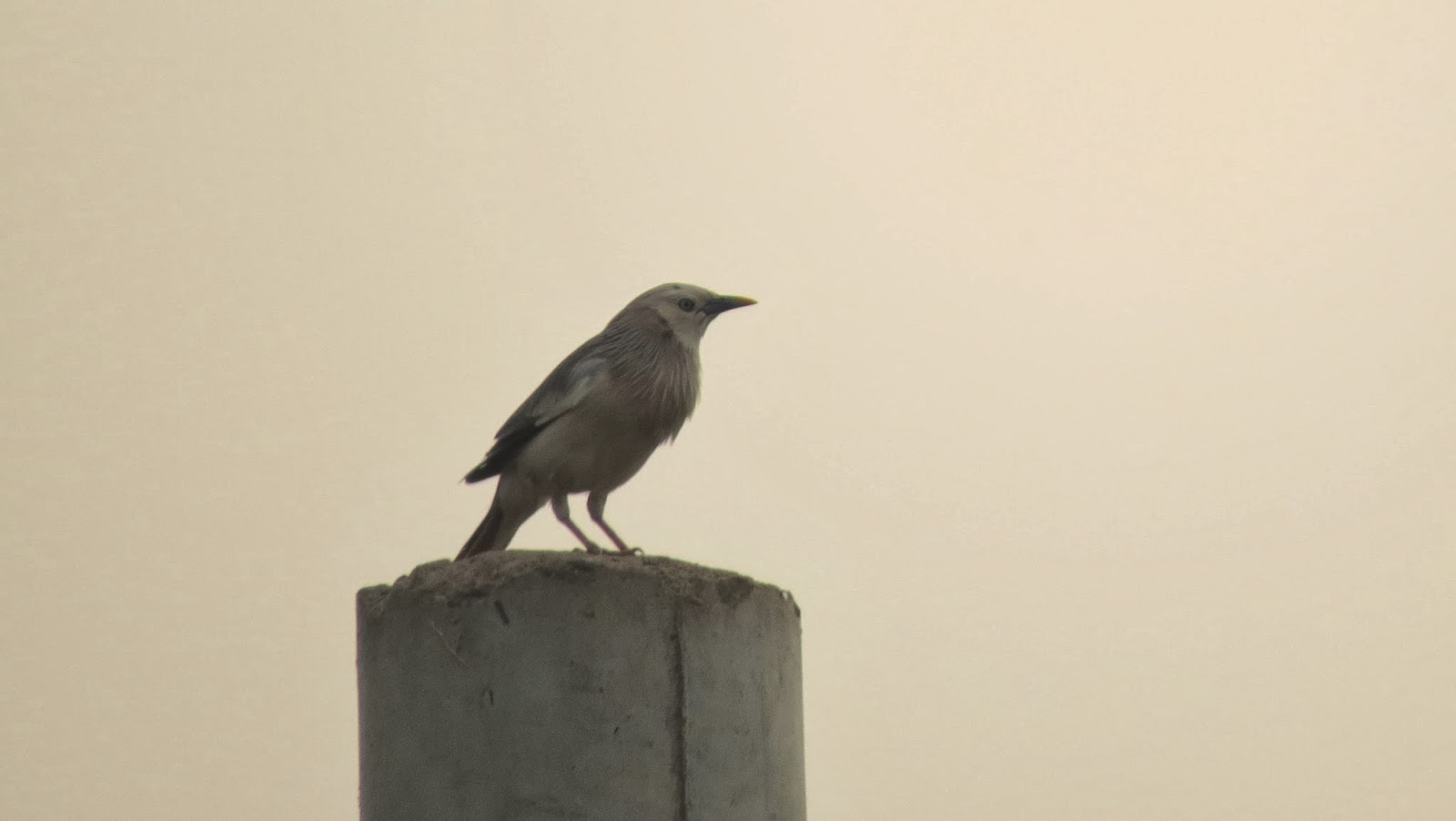 And of course Sarus Cranes! with the largest number seen at a single location being 139. 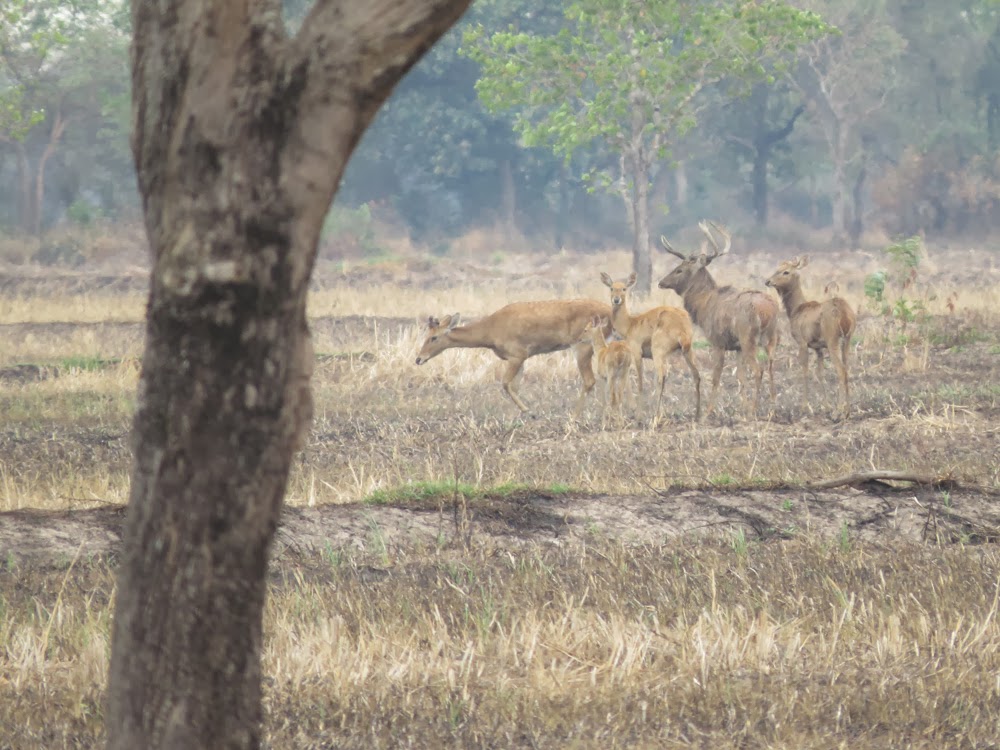 Plenty of snakes around too, with a huge banded snake seen entering it's lair underneath a solitary tree in ricefields (not a good place to escape the midday sun!) and a viper in one of the forest patches, caught in a discarded fishing net on the main track. None of the group was brave enough to release this poor individual, but we did drag it off the track so that we wouldn't run over it... 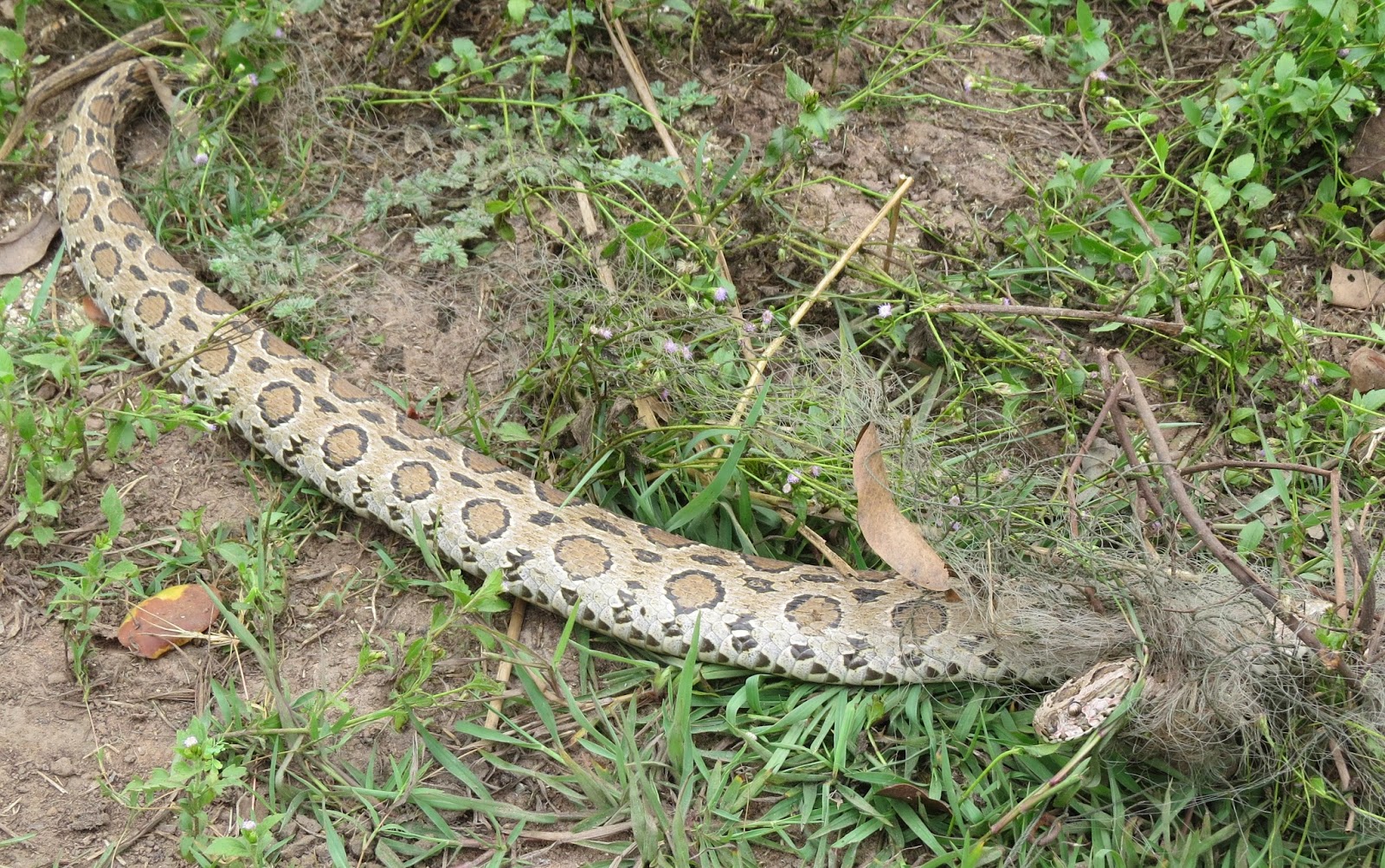 If you've ever wondered what the eggs of Zebra/Plaintive Dove look like.. they're pure white 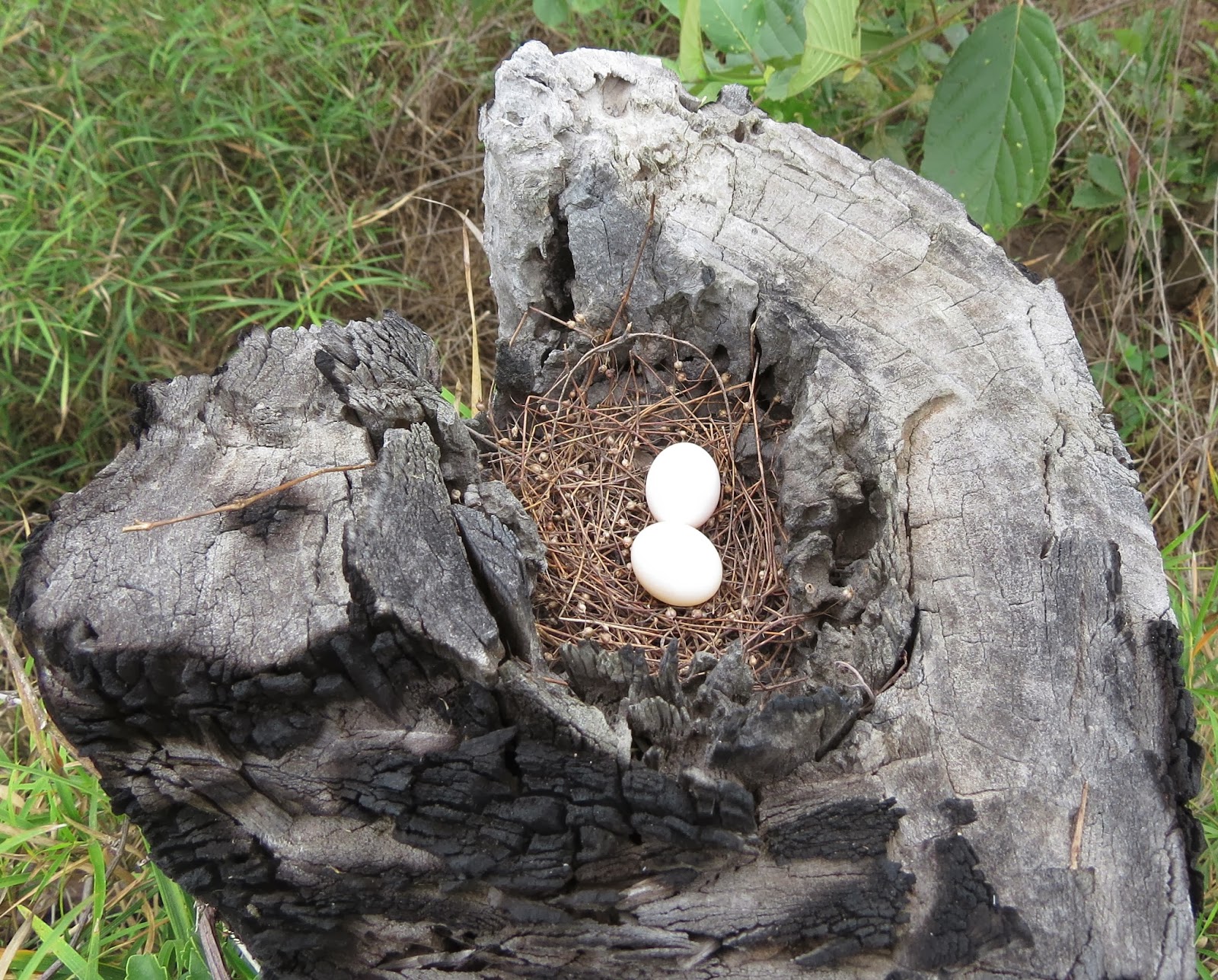 Posted by Cambodia Birding News at 9:30 AM