Although it had rained recently it was dry while we were at ATT from 7-11 April. Noticeable was a decline in shorebirds. Most of my time was spent in unsuitable habitat, but visited the northern edge of the reservoir and not even Little Ringed Plover was present. Many Oriental Pratincoles that were clearly starting to breed and aggressive towards anyone entering their territory. Unfortunately a few local boys were using this behaviour to practice their slingshot aim. Luckily they missed. Black Kites were gathering in groups and displaying, and saw a pair of Chestnut-tailed Starlings chasing away a Rufous Treepie.

A Pied Harrier was still around, as was a Greater Spotted Eagle 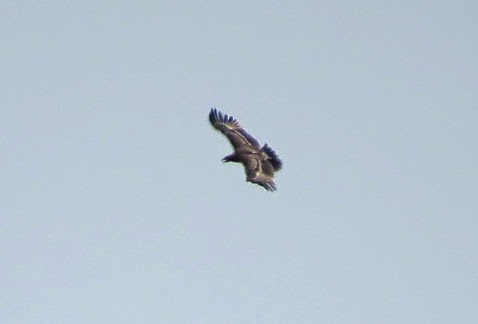 Other significant birds:
A male Bengal Florican near the small forest patch at the northern edge of the reservoir
Probably the same individual Black-necked Stork as seen last month, northern part of reservoir
Sarus Cranes, 190 seen in ricefields and 20 in north reservoir

Also a group of 7 Eld's Deer and an Agamid, probably the Garden Lizard Calotes versicolor 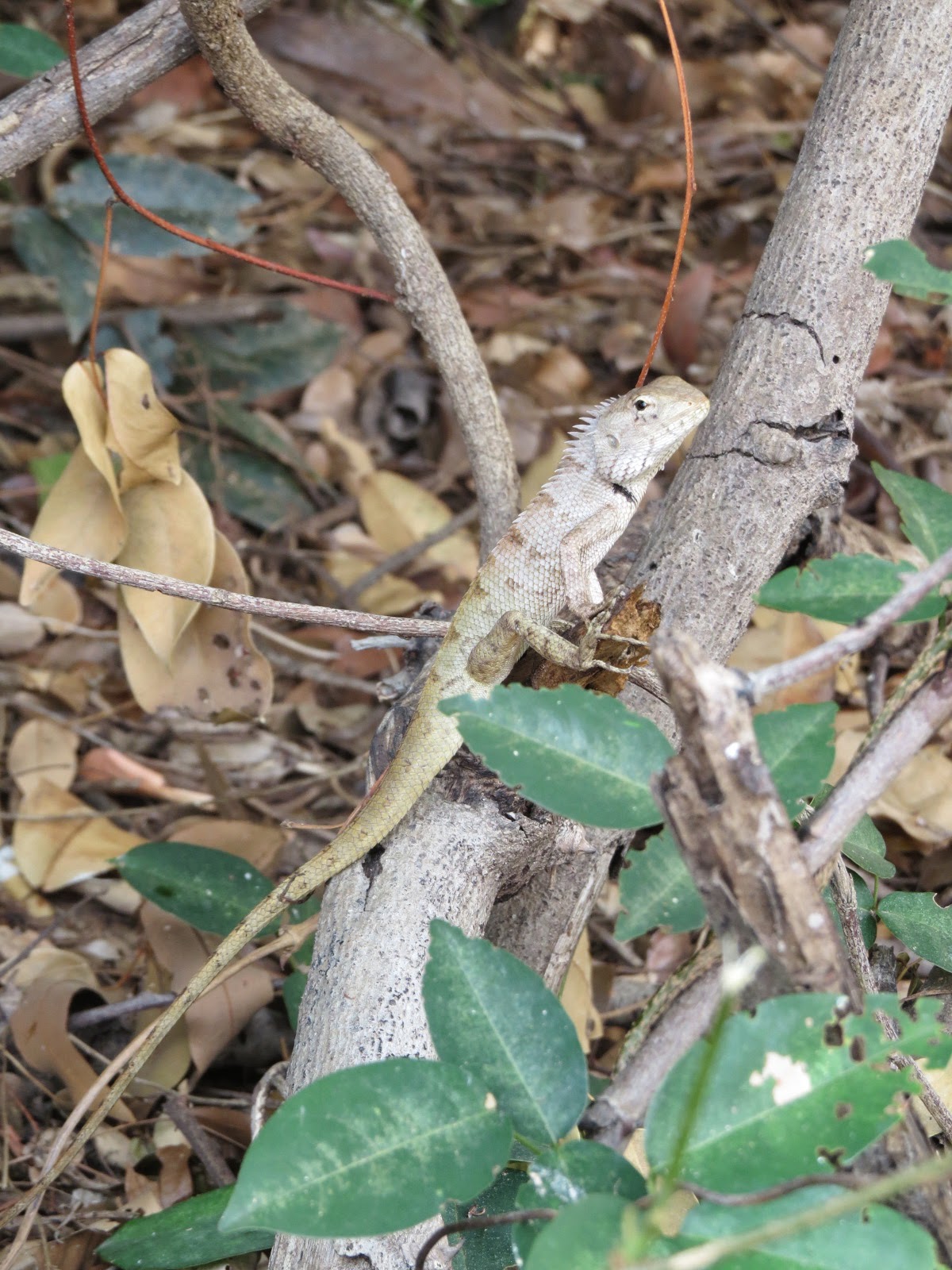 Additionally:
What seemed like a python, but more likely a Russel's Viper, was seen crossing a track along the top of the embankment of one of the new channels being built north of the reservoir (near Samraong village). We immediately turned our motorbikes around to take a closer look, but it had already disappeared. It may have slipped down into the channel which was full of water...
Also, Comb Ducks, around 40 in both the northern section of the reservoir and in still unused ricefields, where many small ponds and waterlogged ditches were forming again.

Robert van Zalinge
Posted by Cambodia Birding News at 10:03 AM