Rous Van informed me that Finfoots were being seen in Steung Memai near Antil village. Richard Hillard, Van and I went on a trip to verify reliability of sightings. Waited for the bird 22nd for a whole day starting 6 am in the morning. Saw.. 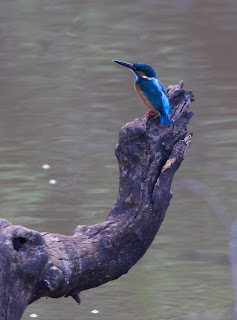 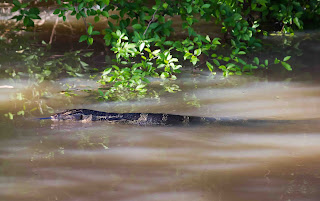 Then at 5pm as I was about to call it a day, saw this object gliding on the water from the corner of my eye. Looked at it more carefully and there was the Masked Finfoot!! It was eating insects on the leaves  hanging over the water. It slowly swam past me. 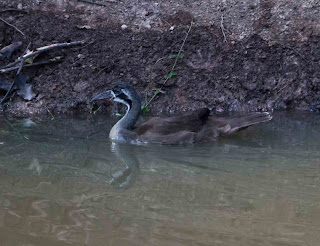 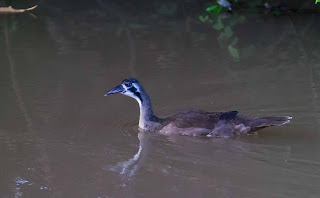 Rous Vann saw another group with juveniles about 50 mts upstream, while Richard thought he saw another bird. The bird moved too quickly to be clearly identified and was very shy.  Next day Richard and Van visited the only Greater Adjutant nest in KPWS, and I waited by a waterhole for the Coral-billed Ground-cuckoo. No luck but photographed 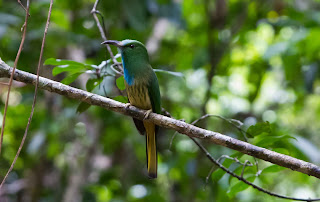 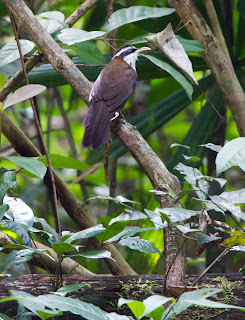 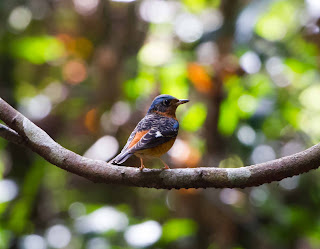 One White-throated Rock-thrush. Then it started to rain! rained the whole evening, barely managed to reach the village. Next day everything was flooded!! Quaint village roads became rivers.. but reached Tbeng. 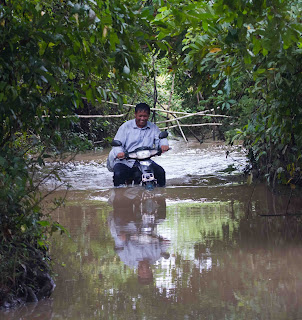 Rours vann driving motorbike on the village road in Choamsrey.