Two weeks ago I wrote an email to Andy Symes giving my opinion on the state of autumn birding in Phnom Penh:

"Autumn here has largely passed me by - Phnom Penh is literally rubbish for passerine migration, it's stuck in a little armpit of land, everything just cuts the corner and misses it out.". 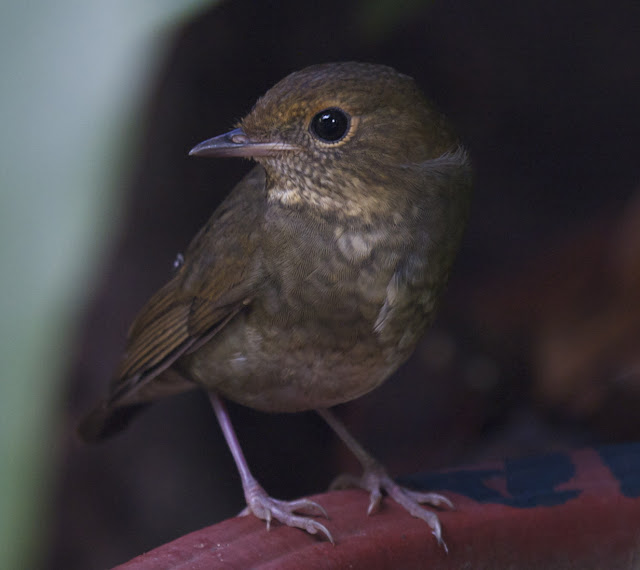 On 15th November 2012 I stepped out of my house to go to work and saw a Luscinia hopping amongst the flower pots. 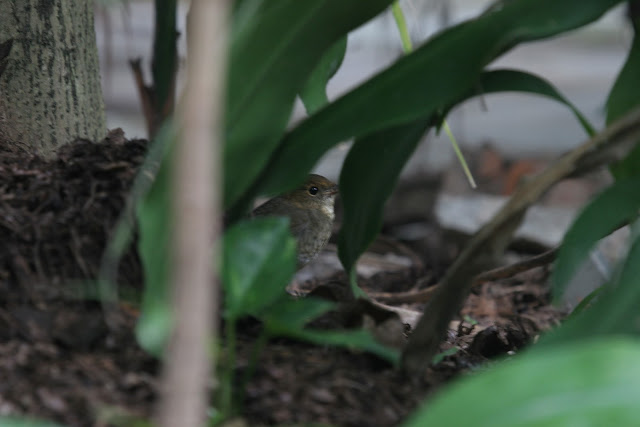 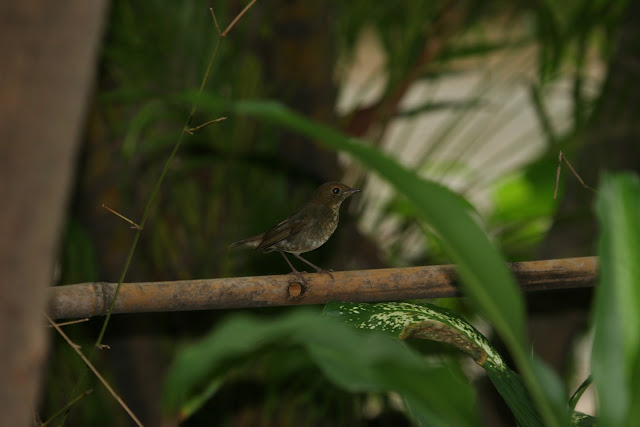 To cut a long story short, the bird stubbornly refused to be shoe-horned into either Siberian Blue Robin or Rufous-tailed Robin. After extensive consultation with James Eaton and Paul Leader I was confident with the completely bonkers theory that there was a first winter female RUFOUS-HEADED ROBIN IN MY GARDEN!!!

The reality took more getting used to. I still haven't really fully processed it. This was like a dream come true, but it felt more like I was actually in a dream, dreaming about having a dream in which there was a first winter female RUFOUS-HEADED ROBIN IN MY GARDEN. I have checked passage and wintering Luscinias carefully since moving to Asia four years ago, hoping but never really expecting to find one of the rarer species. Now I had found one, in my own garden. 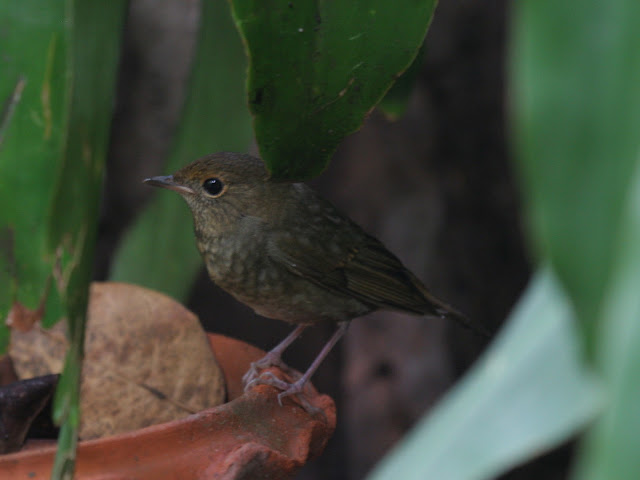 This bird is the:

First record of a first-year Rufous-headed Robin ever, anywhere in the world.

Second record of Rufous-headed Robin outside of the (tiny) breeding grounds in 49 years (the only other record is of a male mist-netted on Gunung Brinchang, Peninsular Malaysia in March 1963.

Best (closest, most prolonged, etc) views ever obtained of this elusive species, ever.

First time that a female has been photographed in the wild.

To understand the context better take a look here 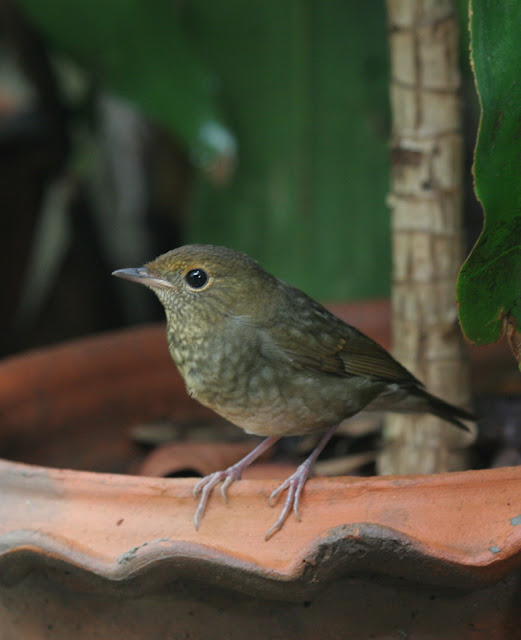 The Rufous-headed Robin was very tame and enjoyed its daily feed of mealworms. To say that it was confiding is an understatement. We spent many hours watching it feed, bathe, preen and roost. During all this time we were able to sit less than two meters away, often much closer, with the bird completely unperturbed. As well as being rare and beautiful, it was a delightful, charming bird and it was a pleasure to spend much time with it. It was last seen at midday on 20th November and Sarah and I already miss it very much. 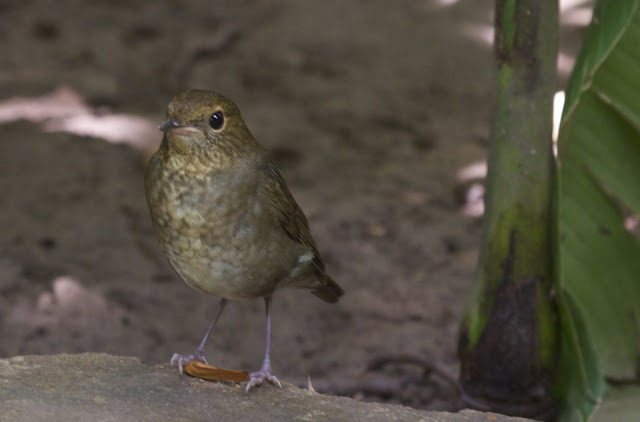 I hope that these pictures convey some of the character of the bird, as well as the key identification features. Other people have got better photos and will no doubt post them online, but these are all my own. A paper is in preparation for Forktail.

Urban birding in Phnom Penh...does it get any better than this...? 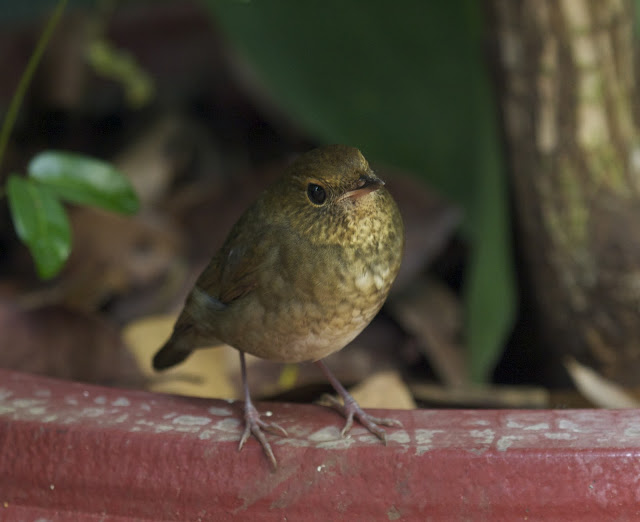