On 30 May 2013 Jonathan Eames and I found a Chinese Grassbird (part of the former Rufous-rumped Grassbird) at a site in Pursat Province that we were checking for potential future conservation action. Although this is a first for Cambodia there are historical records from grassland in central Thailand and northern Vietnam, whilst there are a few modern records from southern China, Hong Kong and Myanmar. All the same it is the first record in Thailand/Indochina since 1923 (I think). I had been expecting to find this species somewhere in the Tonle Sap floodplain so was not entirely surprised.

Jonathan saw it first about a mile off, but it wasn't clear what it was, so we followed it up, soon seeing a large, long-tailed babbler flushing from in front of us. Some pishing brought it in, whereupon it was immediately obvious what it was, those lovely black and white striations on the nape wrapping round and hugging the bend of the wing made it immediately identifiable. We swore a bit and then Chamnan and Virak brought the car over so that Jonathan could get some great photographs. It sang on and off from the top of low scrub for about an hour. I got a sound recording. More details to follow in the December BirdingASIA - free with OBC membership - if you're not already a member then you should be!

Jonathan and I returned to the site with Ashish, Howie and the SVC guys. We had a great time and saw about eight Rufous-rumped Grassbirds in just a few hours before it began to pour with rain. Plenty of other good birds about: Bengal Floricans, three species of weaver, munias, lots of Openbill Storks with a few Painted Storks and a Spot-billed Pelican thrown in for good measure.

This is a really exciting site which unfortunately won't be accessible again until the next dry season...I'm looking forward to heading back in the winter!

Here are some of Ashish's photos from the day: 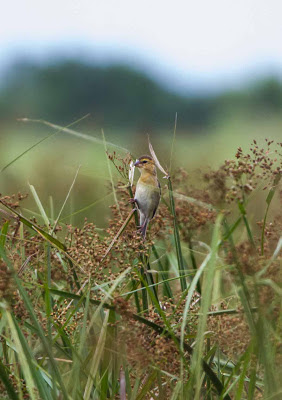 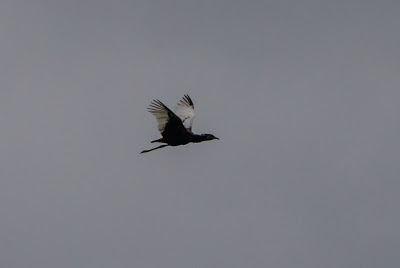 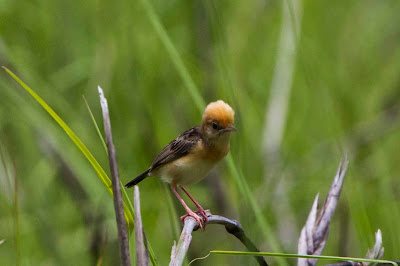 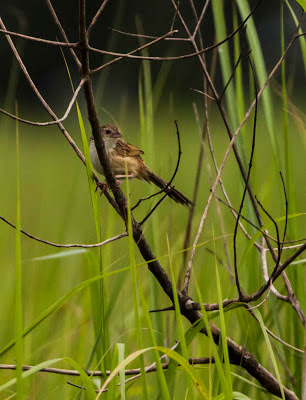 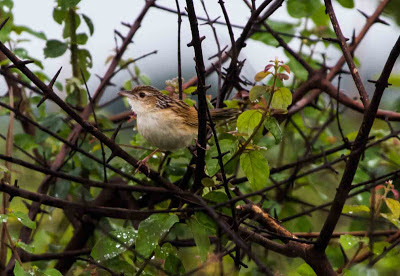 Posted by Cambodia Birding News at 8:06 AM