Yesterday a large eagle circled overhead while I was working in the southernmost area of Ang Trapeang Thmor reservoir grasslands. It flew in close enough to make some relatively good photos (see previous blog about an eagle at ATT). I believe it is an immature Steppe Eagle. It may be the same individual as seen earlier. If it is, the moult has progressed, but not completed yet. Pens are still bare at secondary/tail tips. 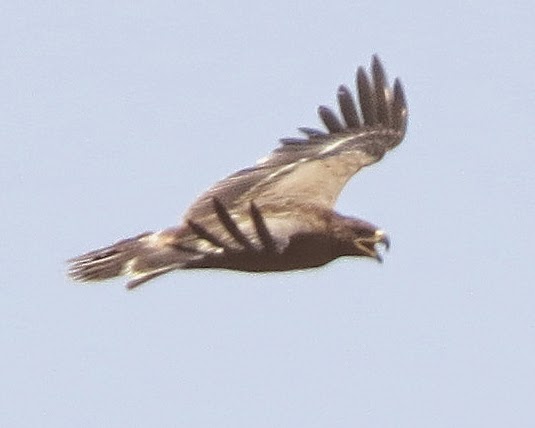 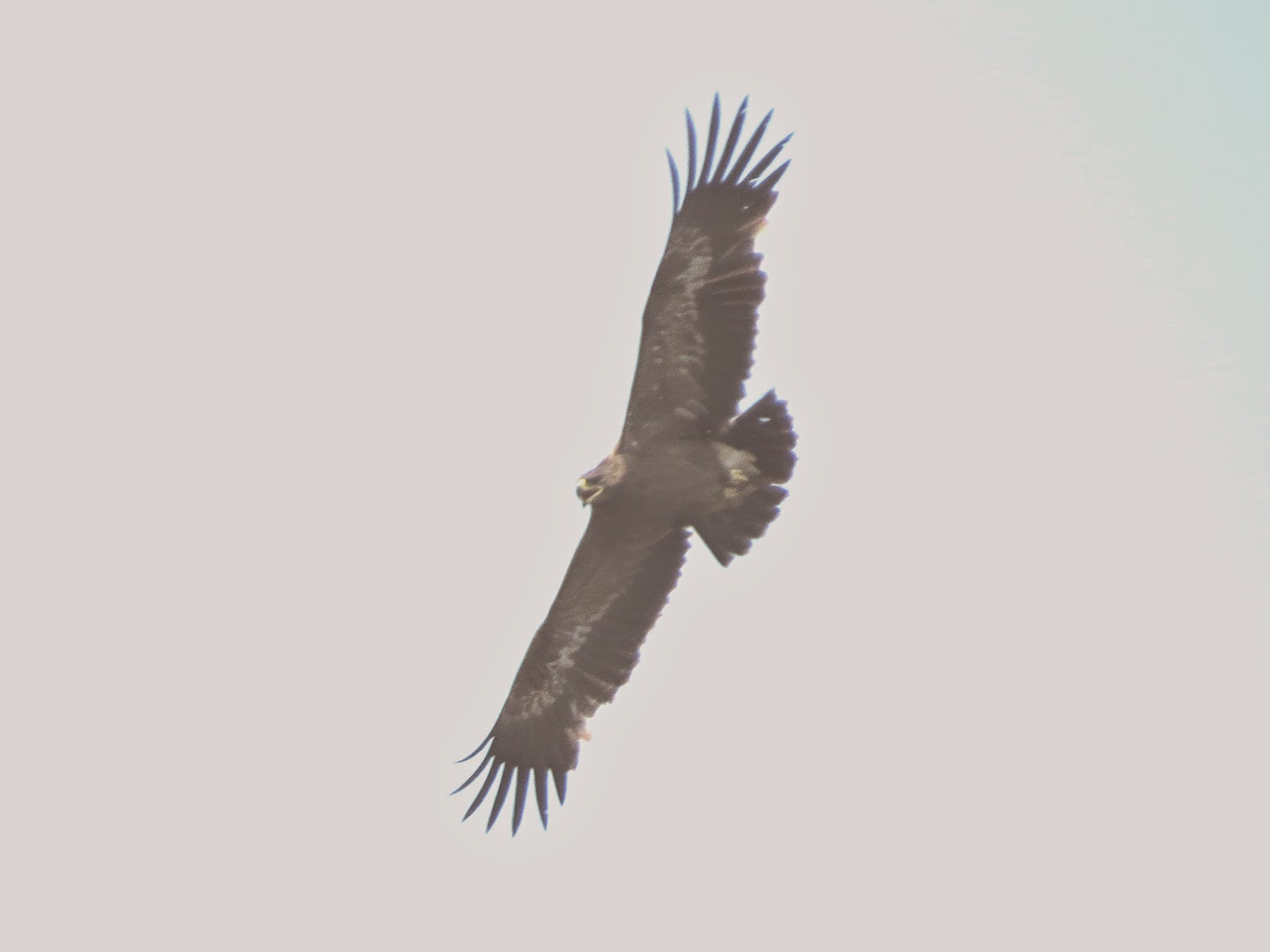 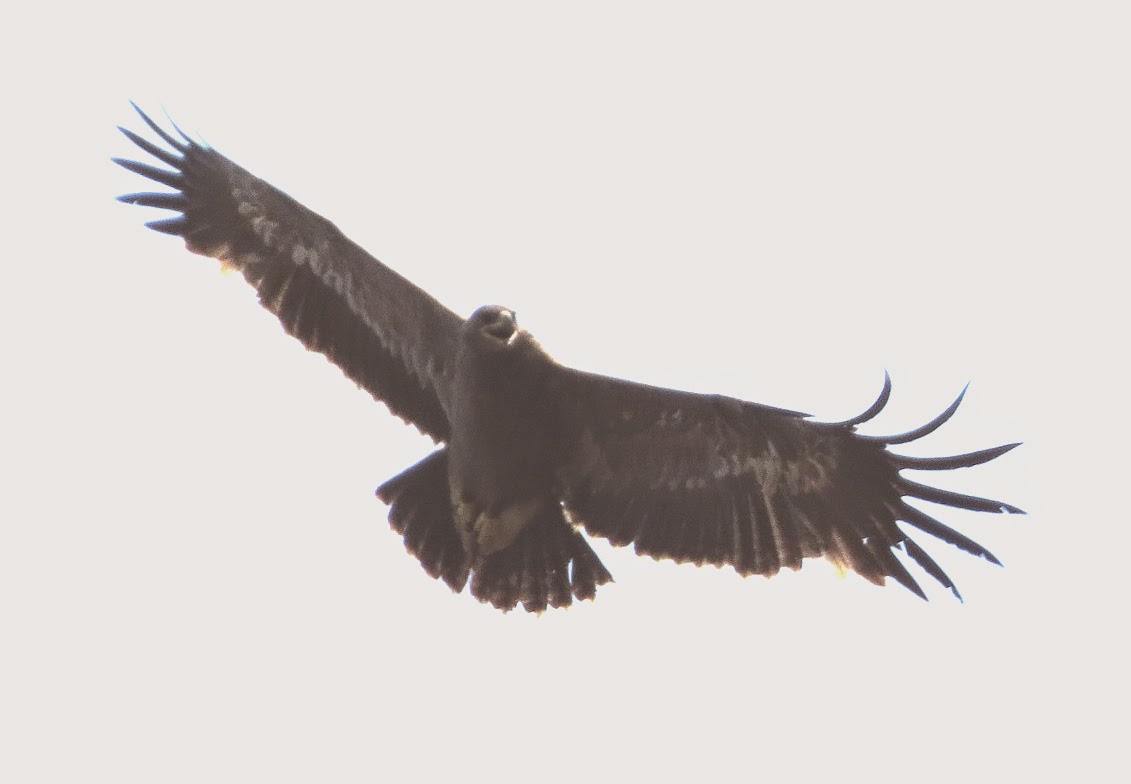 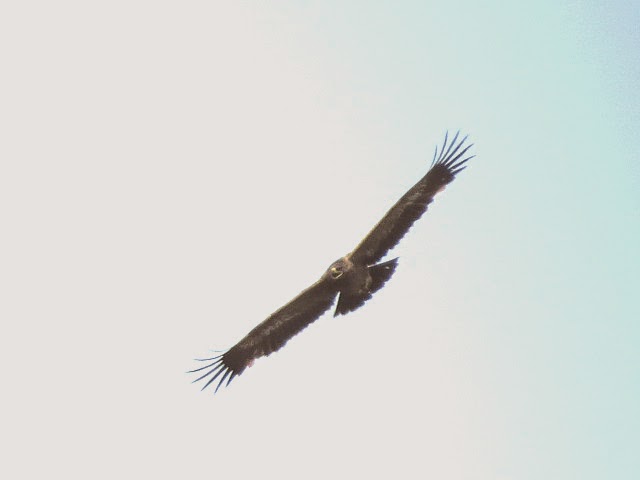 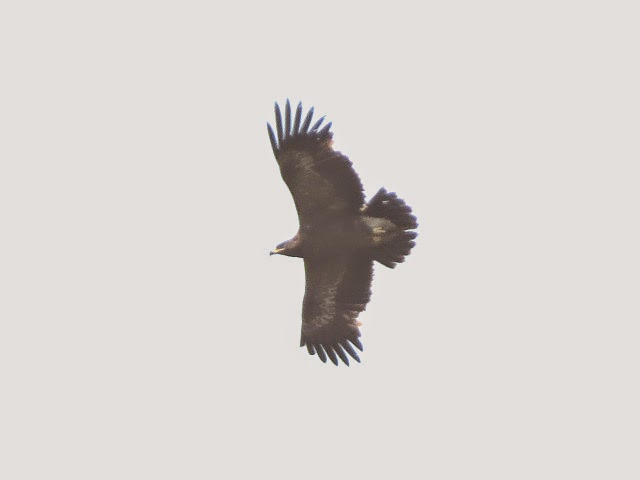 Markus Handschuh saw the first recorded Steppe Eagle for Cambodia in Tonle Sap grasslands in 2010, but was considered unconfirmed in Frederic Goes's checklist. Hopefully it can now be added to the list of eagles that overwinter in Cambodia. 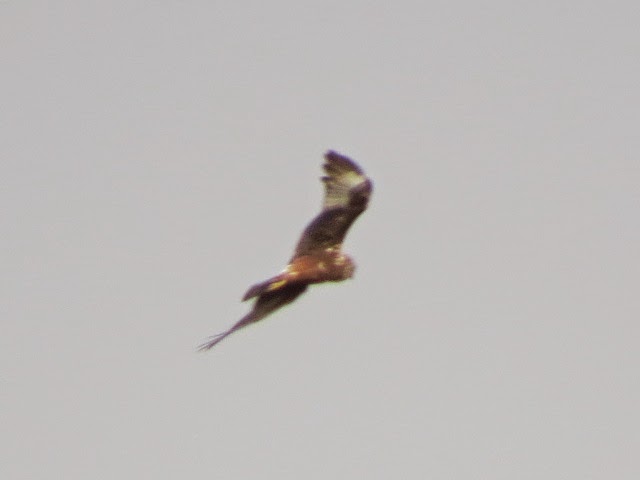