SVC guides Tarath and Sophoan visited the Kbal Spean area with Suzanne Kho and Robert Martin on 13th September. A 1st winter male Yellow-rumped Flycatcher was my highlight though 2 Violet Cuckoo were also good, as was a mighty ball of 350+ Brown-backed Needletail (counted from a photo) near to dusk looking towards Phnom Kulen.

Large numbers of swifts were a feature of the day, with over 100 Fork-tailed Swift together above the degraded forest at the MoE area, and a good number passing over the restaurant area at ACCB/Kbal Spean access. Amongst the latter was this swiftlet. I defer to others on swiftlets, I haven't spent time looking at them at colonies. Unfortunately no rump shot, it carried on straight and stubbornly refused to roll over! 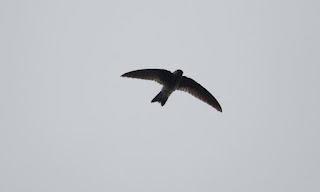 Also Yellow-vented Flowerpecker, a single flying Blossom-headed Parakeet and at least 7 Hill Myna seen.
Further migrants included a group of about 20 White-shouldered Starling passed over to the southwest about 9am, and a badly seen Muscicapa that resembled Dark-sided when perched on top of a tree crown/inside the sun.

Things currently at ACCB include a Changeable Hawk Eagle, 4 Crested Serpent Eagle and the wobbly Giant Ibis. Well worth a look. 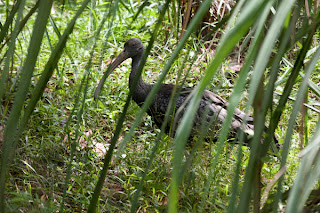 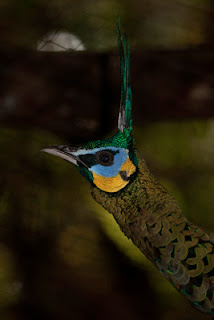