A first for Cambodia. On 9th September an SVC guide training trip found an adult Sharp-tailed Sandpiper at Ang Trapaeng Thmor. Here it is! 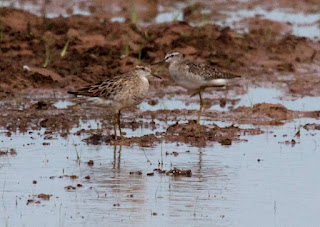 Left, with a Wood Sandpiper 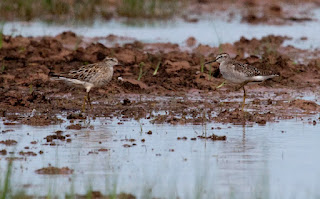 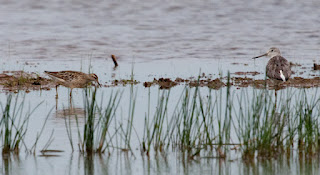 with a Common Greenshank

It was certainly not the only highlight of the day, which had started with this group of approximately 3.75 Milky Stork and about 1.25 Painted Stork. 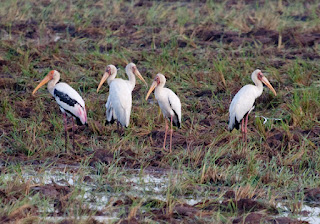 The hybrid is partly hidden at the back, but the other three look pretty good for 'clean' Milky's.
Another excellent bird seen well, if distantly was this Short-toed Snake-Eagle, another species with few Cambodian records against it's name. 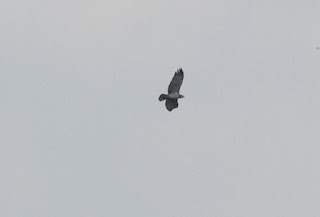 However, it was the waders that were the stars of the show today, with an excellent 23 species recorded.
A Turnstone was a lifer for several guides as was Ruff, and other good species included a Broad-billed Sandpiper, at least 3 Long-toed Stint, one juvenile Red-necked Stint, and 2 Lesser Sandplover. A Greater Painted Snipe trailing two fluffy chicks was also great to see. 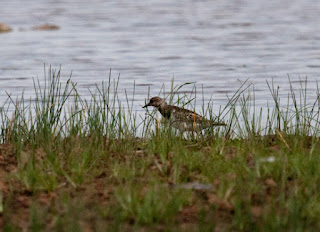 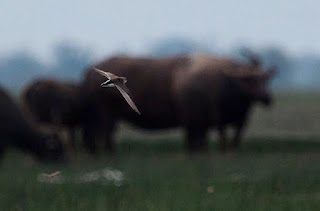 Red-necked Stint
A fabulous day, and great training in those tricky waders that must come through Cambodia every year.
Posted by Cambodia Birding News at 1:16 PM