Between 19th and 22nd February 2013, Rours Vann, Richard Hillard and myself, Rob Martin, visited various sites in Kulen Promtep Wildlife Sanctuary. Vann and myself visited the Stung Memei at An Til where the community has begun enforcement of a protected stretch of the river for the health of fish stocks and to benefit a rather marvellous avian inhabitant of the place. Two and a half hours of sitting and waiting overlooking the river drew a blank, so we stayed overnight on the bend of the river and took an early morning stroll along the riverbank on 20th. Walking as quietly as possible we soon saw White-breasted Waterhen, Stork-billed Kingfisher and multiple Junglefowl along the margins, and heard at least a couple of Green Peafowl calling from the east. Then, at 07:15, we climbed up a small rise which revealed a clear view of a good length of the river. Partly submerged logs crisscrossed the channel, and perched on one of these was a fat, ovoid lump of a bird. "Finfoot!". Vann had previously only seen immatures or females and was somewhat amazed by the excess size of this stonking adult male. It slipped into the water and cruised off, pausing briefly to peck a few insects from some overhanging leaves but despite our attempts to head it off further upstream it managed a quite astonishing vanishing act as soon as it disappeared round the first corner. What a beast! 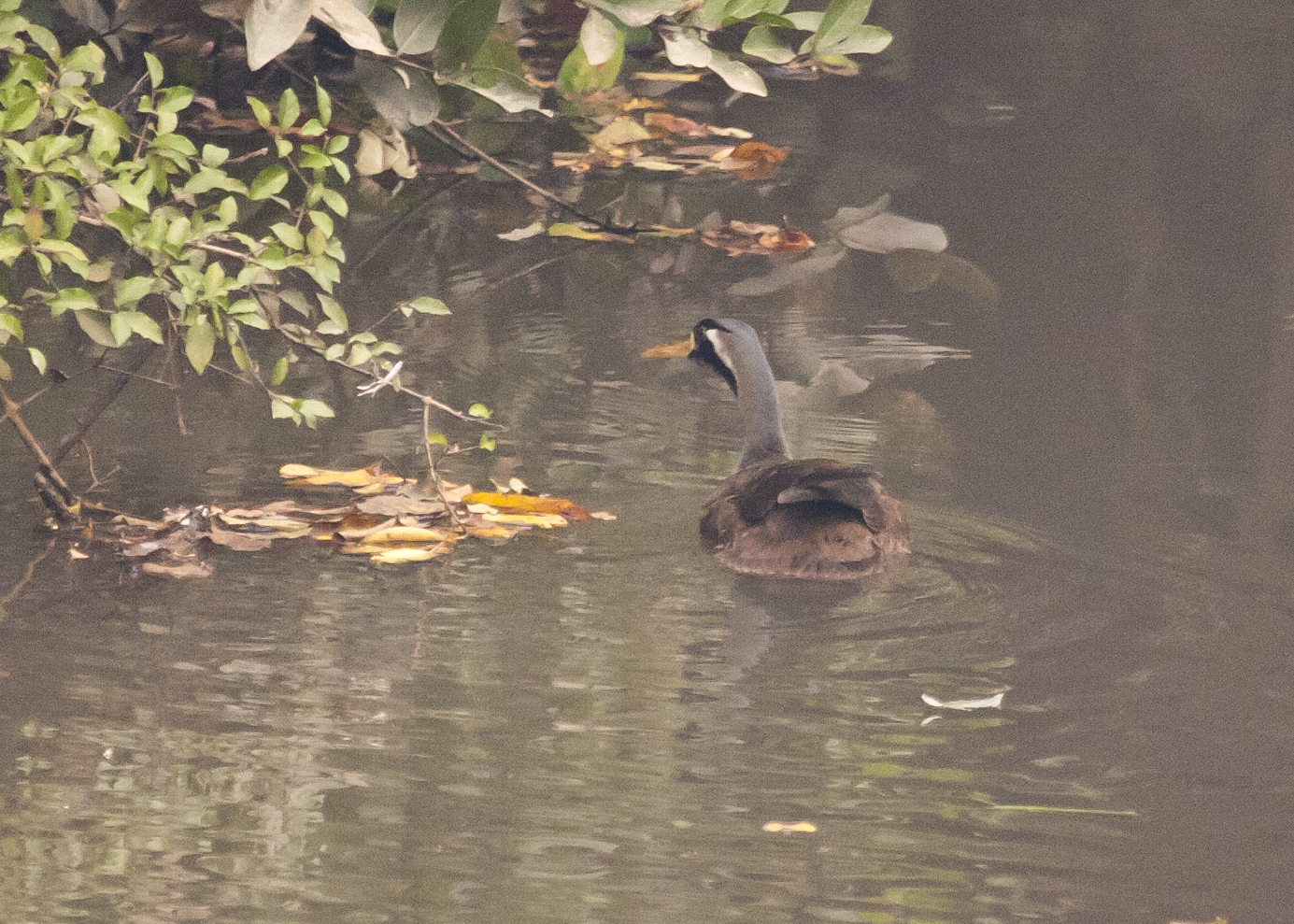 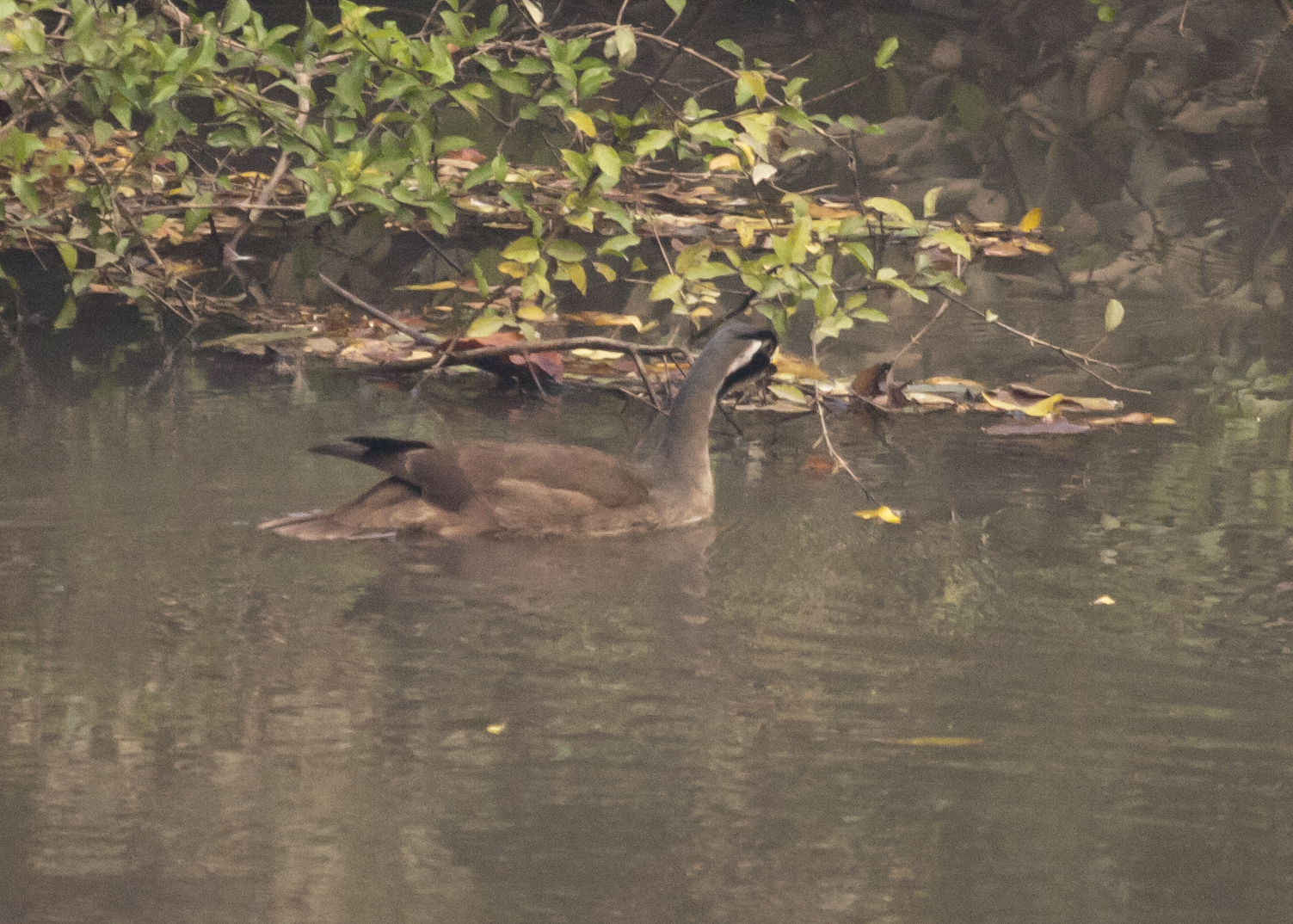 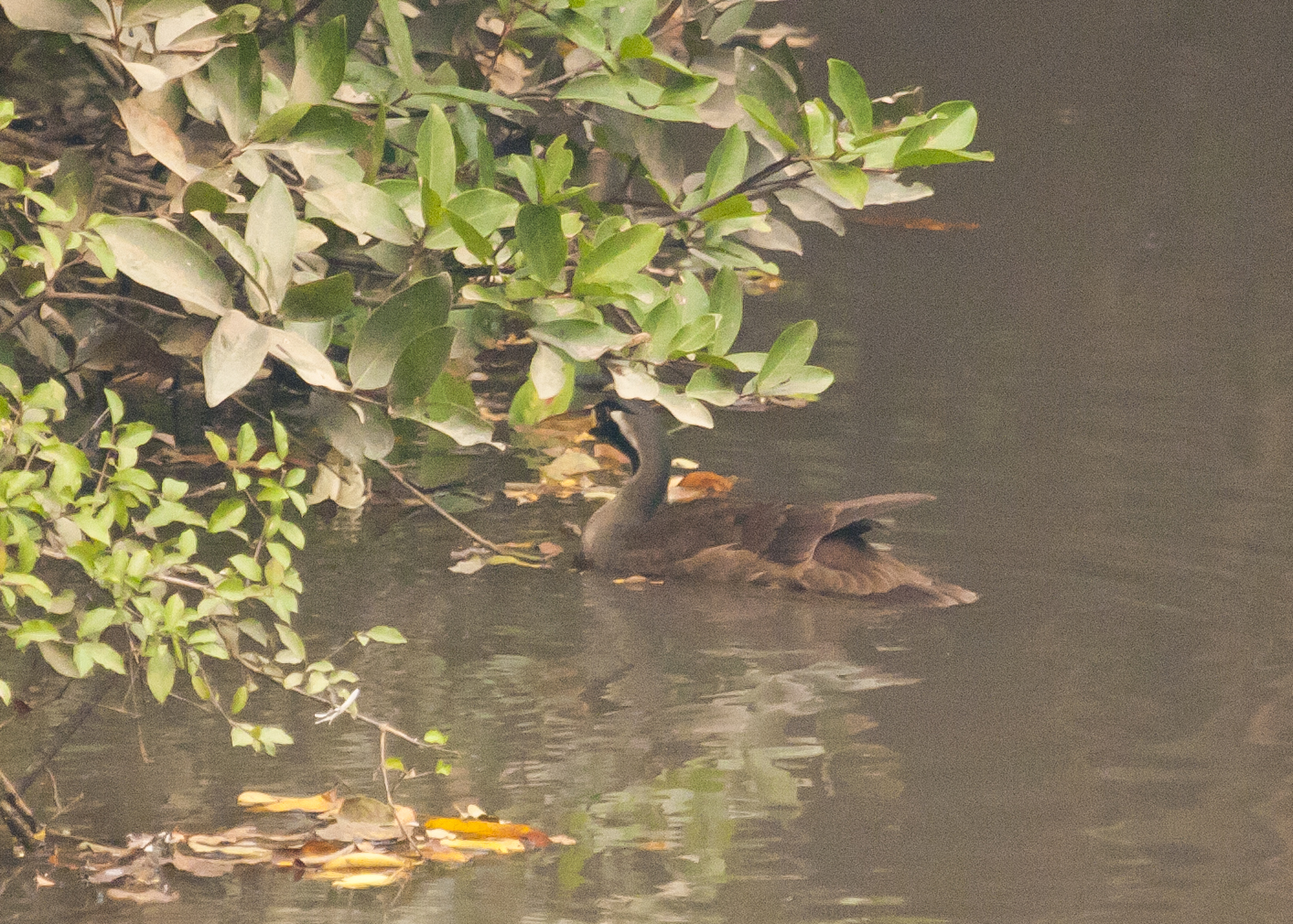 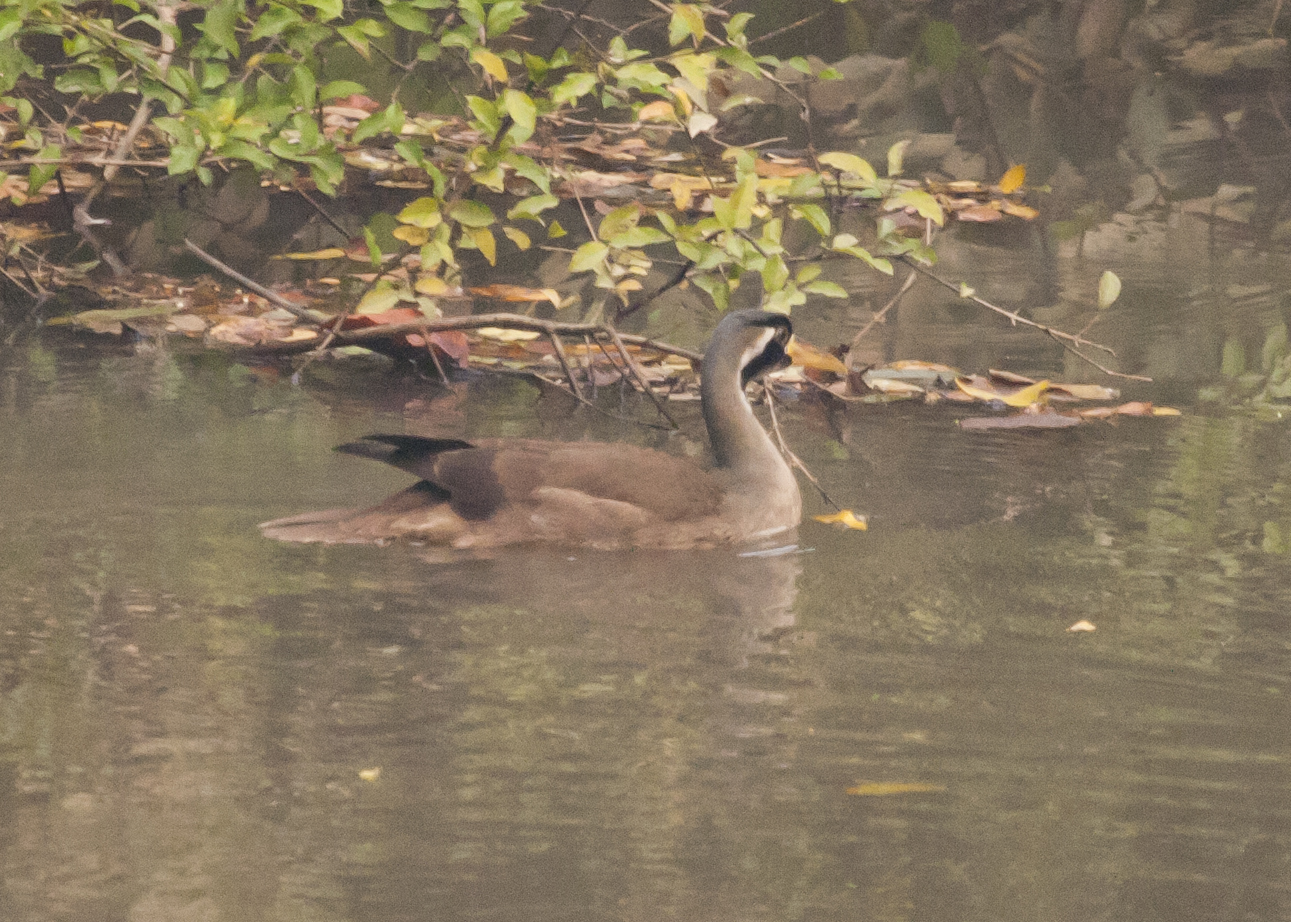 An adult and immature Grey-headed Fish-eagle were also hanging around, and we are hopeful that the community will protect this stretch and it may be possible to take tourists there in the future.
Other sights at other sites in KPWS included at least three Bar-bellied Pittas on trails in an evergreen patch (sadly inside a concession) and a group of 9 Green Peafowl close to Prey Veng. Rufous-bellied, Streak-throated, Grey-headed, White-bellied, Asian Spot-breasted, Grey-capped Pygmy, Great Slaty, Black-headed, Heart-spotted Woodpeckers all seen as well as both flamebacks.
No White-winged Ducks unfortunately, despite trying at two separate roost sites.

Posted by Cambodia Birding News at 11:13 AM