Having bumped into an acquaintance from Norwich, Steve Jones, randomly along the riverside in Siem Reap we arranged to go birding so he could get to grips with some Cambodian species. On Tuesday 12th February I took him to Phnom Kraom, but decided to stop at Wat Atwea en route. While locating a vocal Black-naped Monarch a small starling appeared in my binoculars, which was clearly Purple-backed. I immediately noticed the very dark isolated eye peering out from a rounded head, giving a cute appearance to the bird. We managed to locate three individuals, but more may have been present.
Having been vainly trying to find this species for several months with the groups of White-shouldered Starling that litter the scrub around Phnom Kraom I suddenly realised my folly. Obviously this species has a different preferred habitat to White-shouldered, like pretty much every species! Purple-backed likes nice big trees, especially like this massive fruiting Banyon tree in front of the Wat itself.
We proceeded down to Phnom Kraom, where there was a single Temminck's and 4 Long-toed Stints, 4 Marsh Sandpiper and a superb Grey-headed Lapwing. Unfortunately the Greater Painted Snipe nest has been ploughed. 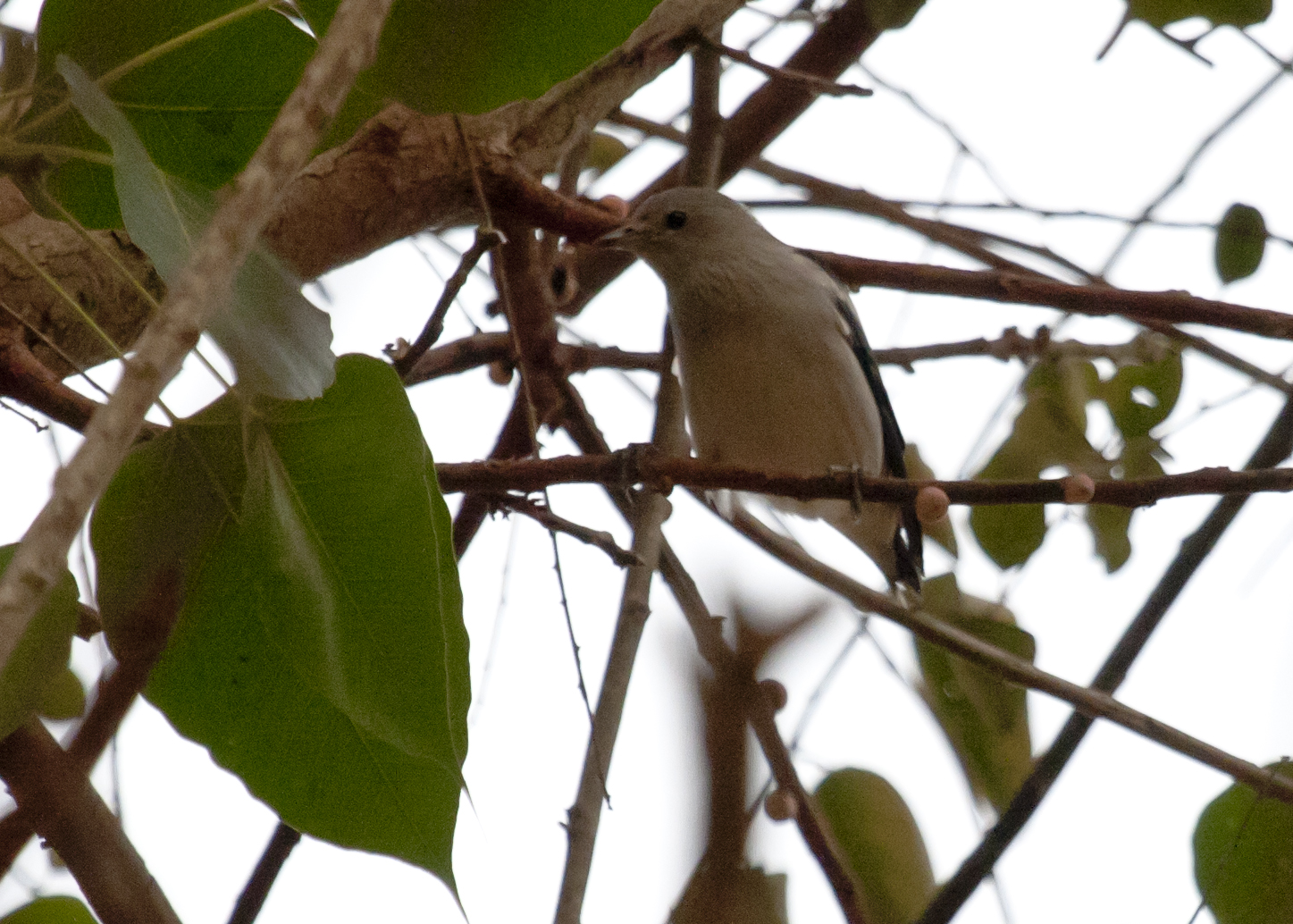 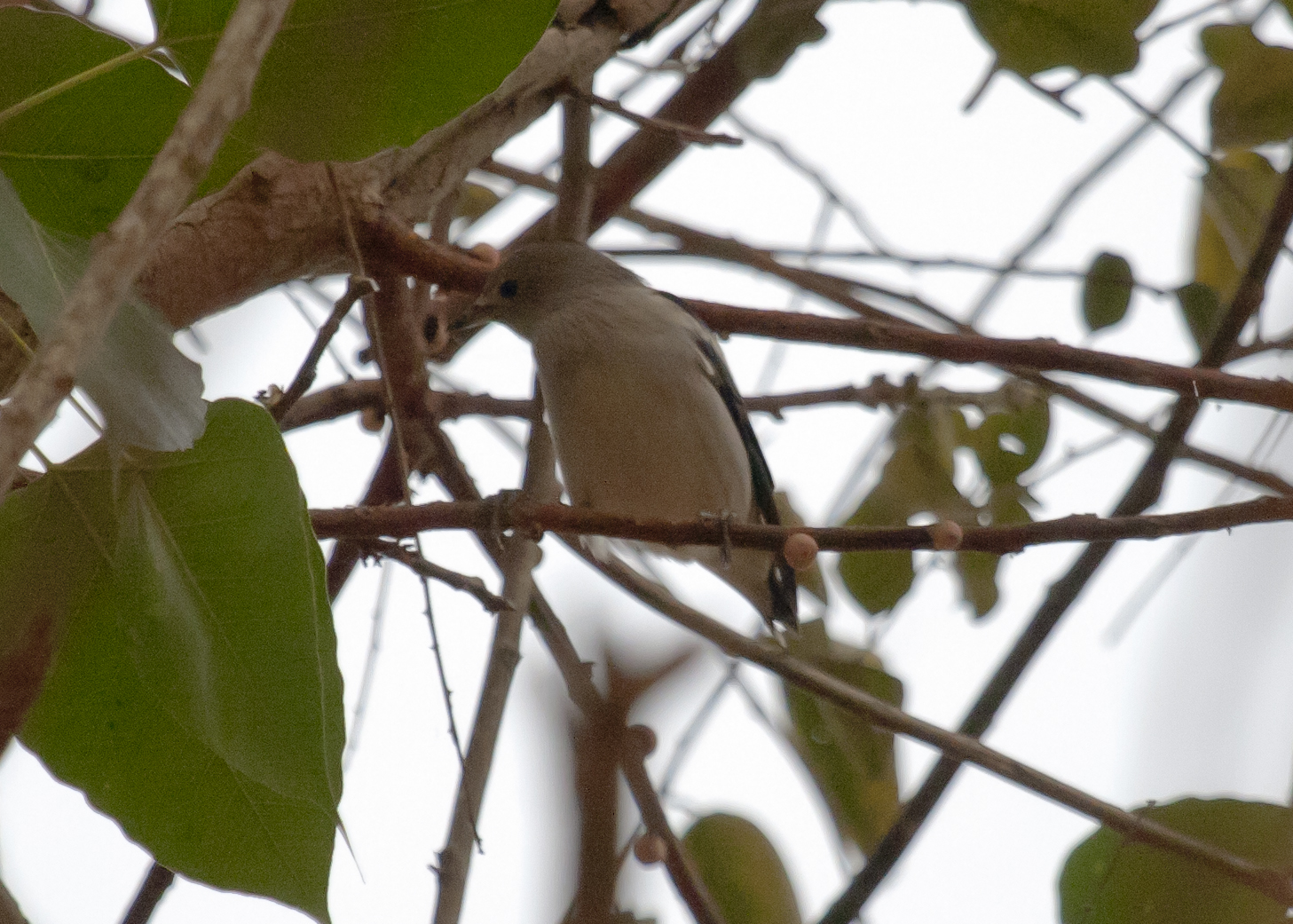 Posted by Cambodia Birding News at 10:24 AM