Sophoan (of SVC) and I and three special guests were watching a fruiting tree just outside Ta Phrom around noon. I was enjoying an obliging Blue Rock Thrush of the scarcer and rather good looking philipensis taxon when Sophoan declared that she had a bird that she could not identify! Hearing those words I knew it had to be something good, and it was: a grey morph Black-headed Bulbul! 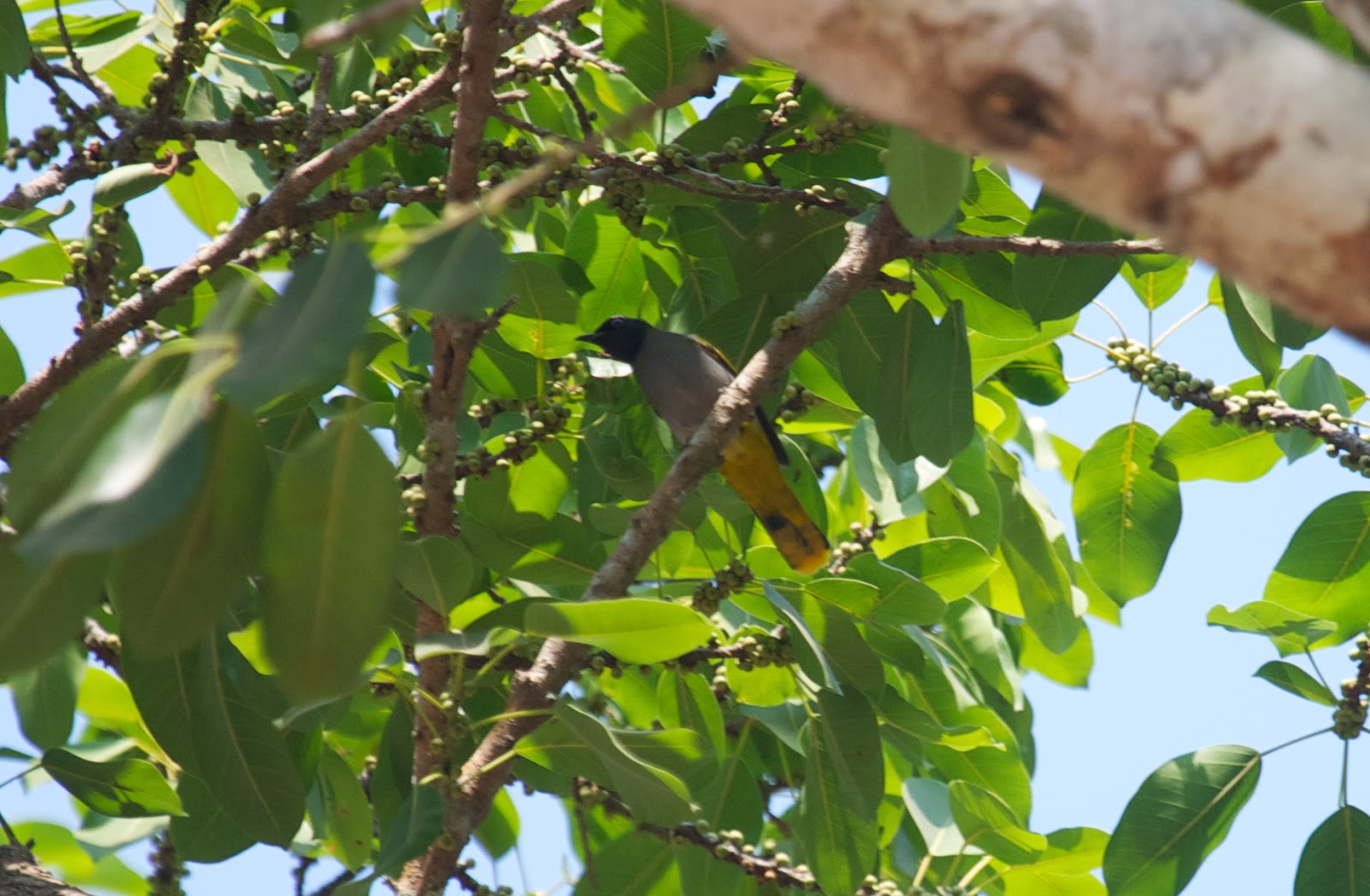 I've only seen one of these birds before, a very brief view at Santuk (Kompong Thom) in October 2012. Incredibly, we saw at least 3 or 4 together in the fruiting tree, and this time I managed some poor quality photographs. Based on the pattern of black-tipped tail feathers this is a different individual to the one in the first photograph. 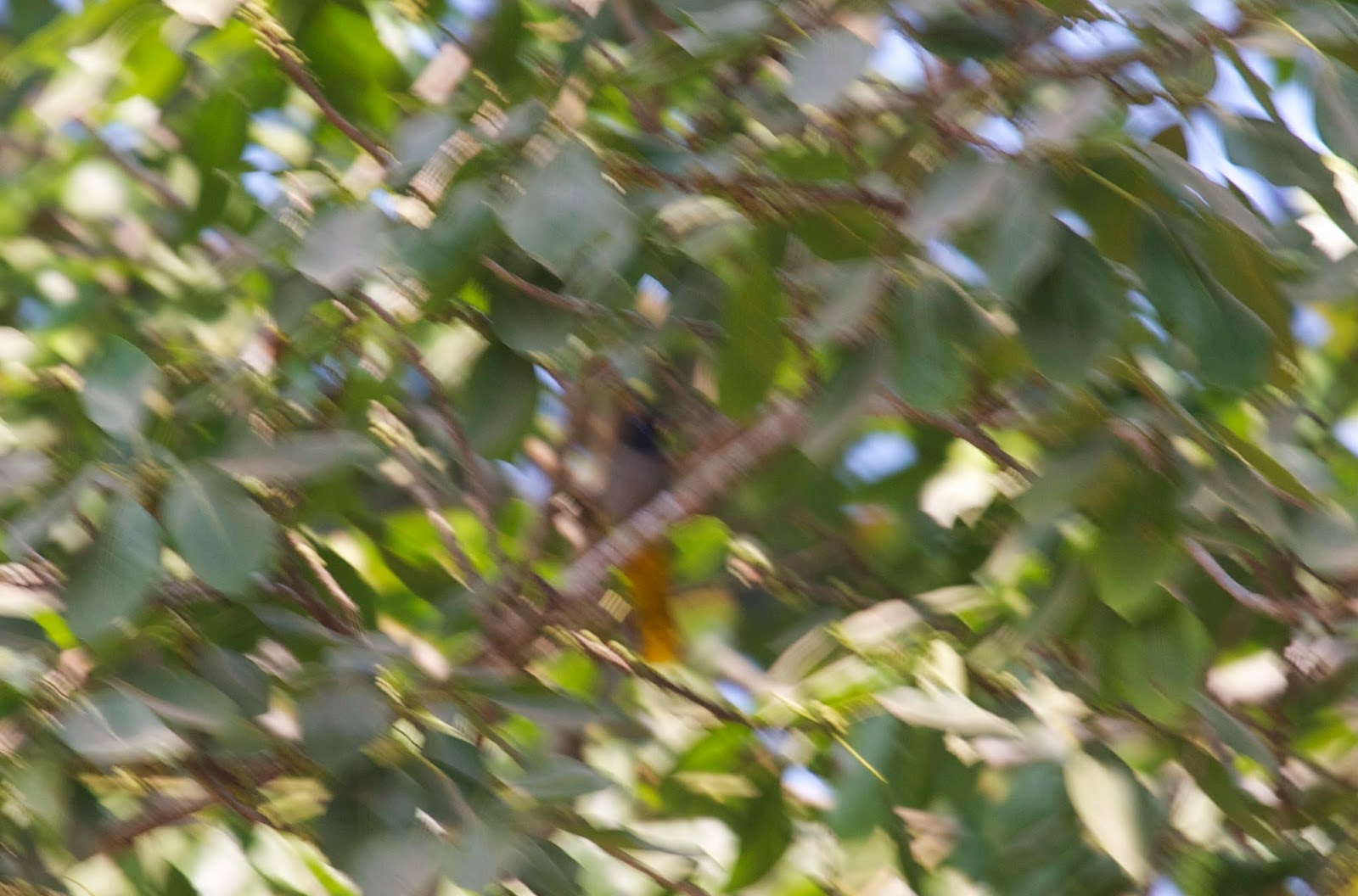 I'm not sure about this one, but the tail pattern indicates that it might be a third bird.

I can only find a handful of photos of these grey morph birds on the web, three from Assam, India, and one from Thailand. For a species which is common and easy to photograph this really is a very small number. I have not heard of any reports of more than one bird seen together, nor of any other records from Cambodia. HBW says "Grey morph was once locally fairly common in NE India, and remains regular in Java; it is commonest morph on Bawean I, and only morph on Maratua I." Actually, the birds on Maratua Island are completely grey, quite unlike the 'grey morph' birds, check out these: http://orientalbirdimages.org/birdimages.php?action=birdspecies&Bird_ID=1668&Bird_Image_ID=46190&Bird_Family_ID=

If you've ever seen this morph, anywhere in Asia, I'd be interested to know - leave a comment at the end of the page.