Plovers and other birds at Anlung Pring and Boeung Prek Lapouv


In a recent trip to Anlung Pring there were several species of plover foraging on a mudflat. The plover shown below is confusing. It's legs seem to orangey for Little Ringed. However, it's bill is too long and slender for a Common Ringed Plover. Some people I contacted said CRP others LRP. 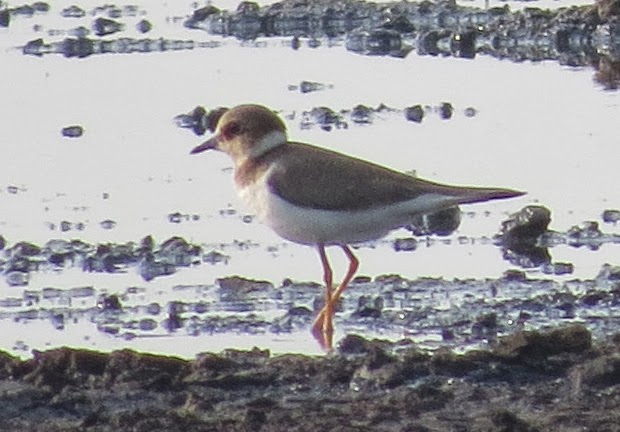 In the Oriental Bird Club Image database the closest picture is the following http://orientalbirdimages.org/search.php?p=19&Bird_ID=1026&Bird_Family_ID=&pagesize=1 which is of a Little Ringed.

Below a picture of a Kentish Plover that was feeding in the same area. This bird was also ID'd as such by another birder. 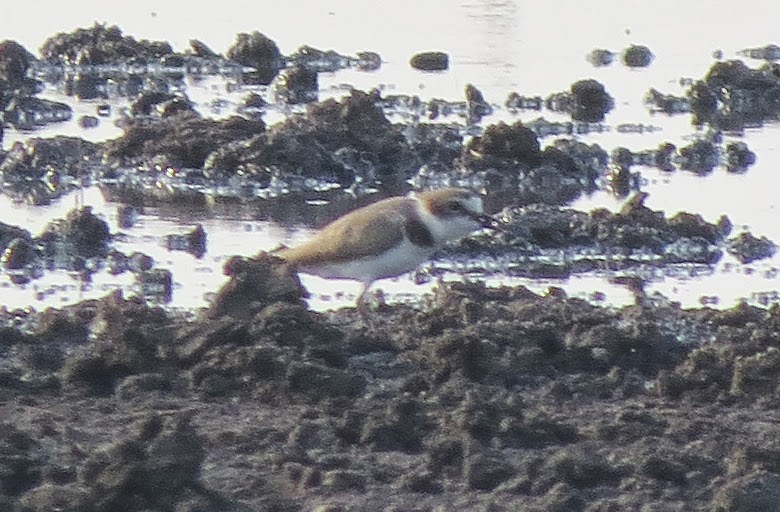 Also at Anlung Pring were what I estimate to be 500-600 Garganeys. A week later in Boeung Prek Lapouv there were what must have been over one thousand. From far we saw a wheeling flock of what I thought must be shorebirds, but on closer inspection they proved to be Garganeys. Water levels are unusually high this winter.

Further notable records (personal opinion) :
- 29 Sarus Cranes at AP and perhaps over two hundred at BPL (I didn't do a complete count as there were many small groups scattered around the site)
- What I believe were 9 White-shouldered Starlings fly by at AP
- 2 Black-winged Stilts at AP and a flock of around 15 seen at BPL
- 12 Black-tailed Godwits at AP
- Around three hundred Painted Storks at BPL
- At least thirty Black-headed Ibis at BPL
- Over fifty Asian Openbills at BPL
- 6 Comb Ducks at BPL

BPL is very good for waders this year. There was a lot of burning last year and the site is much more open and coupled with the high water is suppressing vegetation growth. Didn't get a chance to really go birdwatching here, as I rarely do. If someone is interested in covering this site well soon I'm sure it will be both productive and interesting!